The Macedonian Infantry in the 4th century B.C.E. 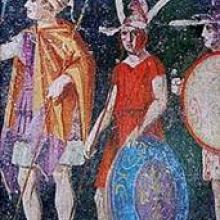 The Pezhetairoi, or phalanx formed the bulk of the Macedonian army. Their equipment includes greaves, different helmet types, such as the Phrygian, Attic, Thracian, or Chalcidian helmet. Body protection, such as the Linothorax, complete breastplate, or only the front of a breastplate was possible. It was kept on the back with leather straps. Also is sometimes speculated that only the front rows of the phalanx were armored. 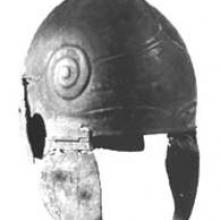 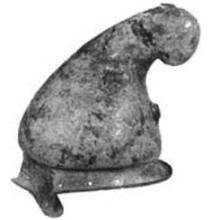 The armament of the Pezhetairoi consisted of a 60 cm diameter concave shield. The shield was held in the center with a forearm grip (Porpax) and controlled by a leather belt slightly above the neck of the wearer. This had the advantage that the Pezhetairos had both hands free to use the Sarissa.

The shield was made of wood, lined with leather on the outside and covered with a bronze coating, similar to the Aspis used by hoplites. Embossed shield decorations, like the Argead star or similar were probably more likely on parade shields.

According to Theophrastus, the Sarissa in the 4th Century B.C.E. was 12 cubits long with ceremonial ones sometimes being even longer. This translates to roughly 5.5 meters. The Vergina findings suggest the Sarissa consisted of two parts. In addition to the approximately 51 cm long spear head and the 44.5 cm foot, a center piece measuring about 17 cm was discovered. It is assumed that the Sarissa was separated during a march and was only put together before the fight. The Sarissa shafts were made from the wood of the cornel cherry. 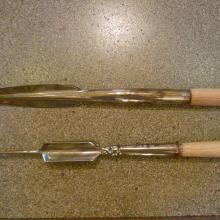 The so called Kopis or Xiphos with a straight blade was used as a sidearm. 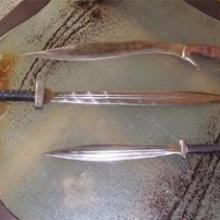 The Hypaspists were an elite unit of aristocratic origin. They were much more mobile than the Pezhetairoi and were seen as a link between Phalanx and Hetairoi cavalry. Their equipment is more similar to the classical hoplites than the Pezhetairoi meaning they fought with an 2.5m spear (Dory) and larger shield (Aspis).

Psiloi is a general term for light infantry, further distinguished in Akontists (javelin), Sphendonets (slingers) and Toxotai (archers). The majority of the light-armed troops were provided by Balkan tribes, such as Thracians, Agrianians, Triballi and Illyrians. 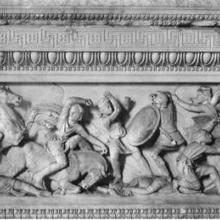