The backbone of the Macedonian army was the Phalanx, an improved version of the traditional Greek phalanx, that was equipped with longer lances and fought in a tighter formation. The men serving in the phalanx regiments were called Phalangites or Pezhetairoi (Greek: companions on foot). Their equipment was tailored to their way of fighting. The wielded the famous Sarissa, a lance with more than twice the length of the Dory carried by Classical Hoplites. Consequently they had to carry smaller shield, which enabled them to use two hands to control the Sarissa. The longer reach of the Sarissa compensated for the lowered protection of the small shield. For additional protection they carried a helmet, a torso armour, and greaves.

In combat the Phalangites would form a tight formation, where the first five rows would lower their lances to engage the enemy. The men behind them stood ready to compensate for losses. This formation was almost impenetrable by a frontal assault, but it relied on different branches of arms to provide protection of the flanks. In Hellenistic battles, the phalanx was usually deployed in the center of the battlefield, where it could rapidly advance without exposing its vulnerable flanks. When two Hellenistic armies met in battle, the deadly struggle of two Phalanges was a common sight.

The Macedonian phalanx was the cornerstone of Hellenistic warfare for over two centuries, until it saw defeat on the battlefield at the hands of the improved Roman tactics.

Related Content
The Phalangite, Keystone of the Hellenistic Armies and his Recreation in Re-enactment
Clothing of a Macedonian soldier in the late 4th Century B.C.E.
Pictures 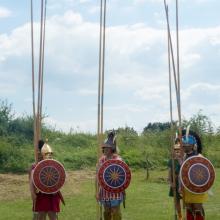 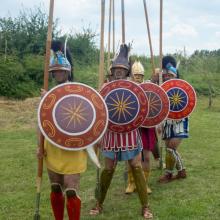 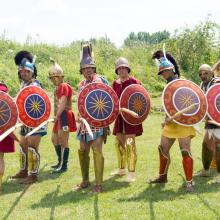 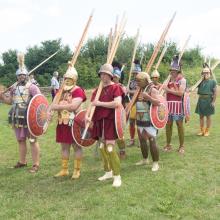 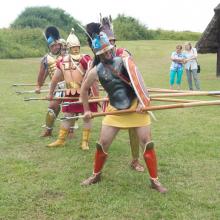 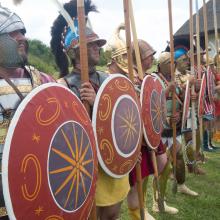