The modern excavation-site of Vergina is most likely identical with the ancient city of Aigai, which was the capital of the kindom of Macedon until 410 B.C.E. On November 8th 1977, the Greek archaeologist Manolis Andronikos, professor at the Aristoteles-University of Thessaloniki, announced the discovery of the royal Macedonian tombs in Vergina in northern Greece.

A lot of the discovered items from Vergina are unique in the Hellenistic archaeological context, among them an impressive set of iron armour, which is attributed to King Philip II of Macedon himself. The iron torso armour is richly ornamented with gilded embellishments, and alongside it archaeologists found a matching iron helmet of Macedonian-Phrygian type. 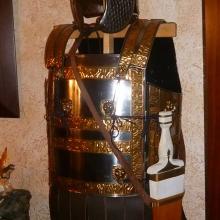 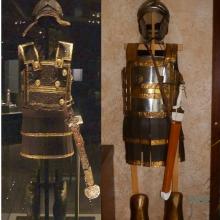 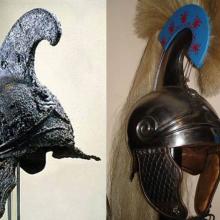 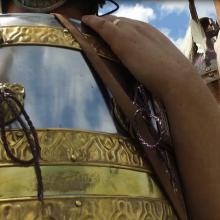 The tomb of Vergina contained a large number of grave goods, many of which are unique in the ancient Greek archaeological context. One of the most striking finds is a golden chest, called a Larnax, which contained the remains of the deceased ruler. Out of a large number of silver vessels, we reconstructed a so-called Kylix. Also among the discoveries was a diadem. 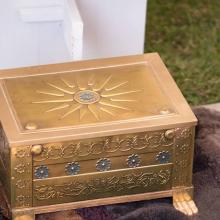 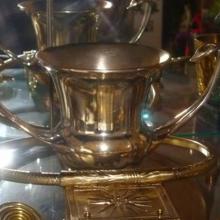 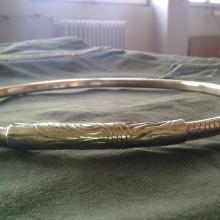 Xiphos based on Vergina Royal Tomb

The sword of the king from the tomb of Vergina was richly decorated with golden inlays. 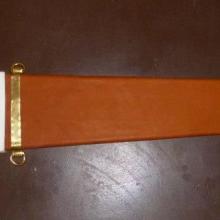